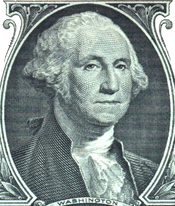 Bureaucrats generally hold the highest rank of users on Currency Wiki (aside from global positions) in terms of abilities and powers. They hold some of the same powers as administrators, but are also capable of appointing people as admins, bureaucrats, and rollback, and removing admin, bot, and rollback rights. A full list of powers granted to bureaucrats can be found here.

Anyone that meets the requirement criteria listed below can be nominated for bureaucratship at Currency Wiki:Requests for rights/Bureaucrat. Additional voting requirements are also found on the nomination page.

To be eligible for bureaucratship, you must:

Retrieved from "https://currencies.fandom.com/wiki/Currency_Wiki:Bureaucrats?oldid=26080"
Community content is available under CC-BY-SA unless otherwise noted.